Some sports are more popular than others, like football, for example. It is more popular than any other sport in the world and almost everybody knows the rules of the sport and could easily watch a match of football.

Other sports, like basketball, are also simple and therefore very popular. Switch over to a sport like rugby, and you might find it different. Wait, it’s not the people it suits of armor tackling each other like bulls? That would be American football, which is a variation of the sport.

Then, you would be very surprised that another form of rugby, called Touch rugby or simply Touch, is very popular in some parts of the world. Here are some interesting facts you need to know about Touch.

You might not have heard of it, but touch is played by men and women alike and even mixed matches. What differs touch from rugby is that there is no tackling involved, but you are allowed to touch the opposing players with your hands, legs, clothes, ball, or any other part of the body.

Touch was developed from rugby league but it evolved into its own formal sport. Other than the professional part, touch is played in high schools, or to train new players for rugby union, which is heavier when it comes to contact and potential injuries.

Not only that, but the Federation of International Touch has organized 9 world cups, the first one being in 1988, when the organization was founded. The World Cups are quadriannual and feature a round robin and a finals series. All participating countries are invited to host and there are currently 28 of them.

Touch is a Simple Sport – Social Playing is Common

Touch is a simple sport to play. Scoring requires an attacking player to take or toss the ball over the opposing try line (think of it as a simple line on a field). A try is equal to one point. Teams change possession after six touches in a row. An acting-half cannot score and must pass to another attacking player. The game is played with 6 players on each side, for 40 minutes. It is divided into halftimes of 20 minutes each, with a 5 minute rest in between.

Touch rugby, or simply, touch, is a very popular, yet unknown sport and these are the facts that you should know about it. 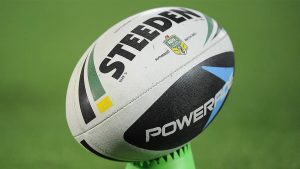